If you have ever doubted your value, let these truths help remove fear and doubt.


"Blessed be the God and Father of our Lord Jesus Christ, who has blessed us with every spiritual blessing in the heavenly places in Christ, just as He chose us in Him before the foundation of the world, that we should be holy and without blame before Him in love, having predestined us to adoption as sons by Jesus Christ to Himself, according to the good pleasure of His will, to the praise of the glory of His grace, by which He made us accepted in the Beloved." Ephesians1:3-6


2) God chose us before the foundation of the world.


3) In Christ, God sees us as holy and without blame before Him in love.


4) We have been adopted by God as sons and daughters [not slaves].


5) We are accepted by God in the Beloved.


In the story about the father and his two sons in Luke 15:11-32, Jesus gives us a picture of how the sons (the younger prodigal and the older brother) saw themselves as slaves.


The younger (prodigal) saw himself as only being worthy of being a temporary slave, a misthios in the Greek, which is akin to a modern day "spot job" worker, a day laborer.


The older brother (who followed all the rules) saw himself as a permanent slave, a doulos, in the Greek.


Both brothers did not see themselves as their father saw them, that is, as sons, huios, in the Greek, and as long as they did, they could never enjoy what their father had for them.


"For you did not receive the spirit of bondage again to fear, but you received the Spirit of adoption by whom we cry out, "Abba, Father." The Spirit Himself bears witness with our spirit that we are children of God, and if children, then heirs; heirs of God and joint heirs with Christ, if indeed we suffer with Him, that we may also be glorified together." Romans 8:15-17.


"But we all, with unveiled face, beholding as in a mirror the glory of the Lord, are being transformed into the same image from glory to glory, just as by the Spirit of the Lord." 2 Corinthians 3:18 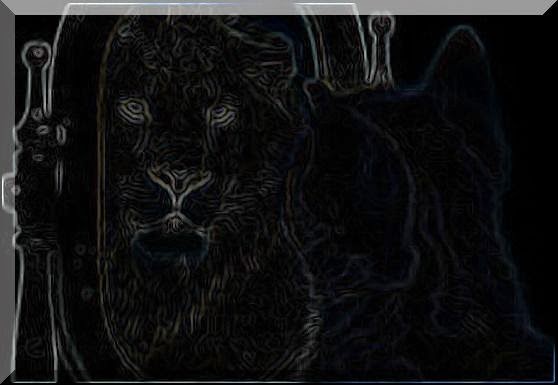 How we see ourselves is extremely important.  God wants you to see yourself as He has truly called you to be; that is as a son or daughter of the King.   Why?  It is important because as long as you see yourself as a slave, or an "old sinner saved by grace," that is how you will live.
You are not just an old sinner, you are not a slave to sin.  You are a child of the Most High God, and He chose you!

I remember when I was a kid and we would pick teams to play football or baseball.  I was always a short kid, in fact, I was only 5' 4" when I graduated high school, so it was pretty rare that I wasn't one of the last kids chosen on a team.  That was always the worst feeling.  Knowing that you weren't really wanted, but a captain had to "take" you for the team since there was no one else.  But the beauty of the good news, is that God chose you!  And He didn't wait until you were the last one standing.  He chose you before the foundation of the world!

God chose you to be His own, and He paid a high price to redeem you.

You are wanted.  You have value.  You have significance.
Email ThisBlogThis!Share to TwitterShare to FacebookShare to Pinterest