Does the Message of Grace Encourage Sin?

"You're preaching 'sloppy agape' and 'greasy grace!' You're giving people a license to go out and sin!" 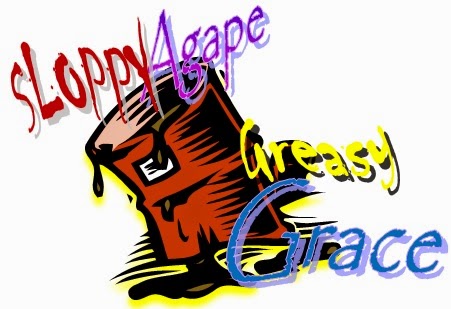 I'm guessing that if a minister hasn't heard those accusations, he is probably not preaching a strong grace message, i.e., Hyper-Grace. I've written more on that subject, here.


But the question really comes down to "does the message of God's amazing grace encourage people to sin?


My answer is, "Absolutely not!"


If anything, the message of God's forgiveness and grace causes just the opposite.


It causes us to want to know this God who "imputes righteousness apart from works," and who justifies us, "freely by His grace through the redemption that is in Christ Jesus." (Romans 4:6 and 3:24, respectively)


Titus 2.11-14 says, "For the grace of God that brings salvation has appeared to all men, teaching us that, denying ungodliness and worldly lusts, we should live soberly, righteously, and godly in the present age,  looking for the blessed hope and glorious appearing of our great God and Savior Jesus Christ,  who gave Himself for us, that He might redeem us from every lawless deed and purify for Himself His own special people, zealous for good works."  New King James Version (NKJV) The Holy Bible, New King James Version Copyright © 1982 by Thomas Nelson, Inc.


What does this verse say that grace does?
Well, first of all, grace teaches us;

Wow! That seems like the exact opposite of teaching and encouraging people to sin!


Remember when King David sinned with Bathsheba? He not only committed adultery with her, but he committed murder by causing her husband, Uriah, to be killed by the hands of Israel's enemies.
Nathan the prophet confronts him with these two sins, both according to Moses' law, carry the penalty of death.

But something interesting happens.


First of all, David doesn't try to hide his sins, he admits, “I have sinned against the Lord.”
Secondly, Nathan declares to David, “The Lord also has put away your sin; you shall not die."  2 Samuel 12:13


Whew! Dodged a bullet on that one, Davey! Talk about sloppy agape and greasy grace!


I'll just bet that David must have gone right back out and found another woman to have sex with, get pregnant, and have her husband killed!
What? No?


No.  Instead, we see a picture if God's grace causing the heart of a man to live soberly and thankful to the point that David is able to say,


“Blessed are those whose lawless deeds are forgiven, And whose sins are covered; Blessed is the man to whom the Lord shall not impute sin.” Romans 4:7-8 NKJV


Not only that but David's heir, Solomon, comes from the union of David and Bathsheba.  Talk about amazing grace!
The message of grace causes us to be thankful for what Jesus did for us at the cross.  Grace points us to Jesus, not to our sin.


It causes us to be less sin conscious and more God conscious. 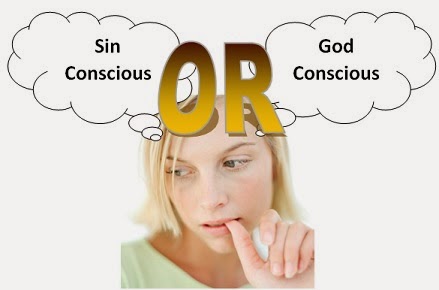 Perhaps people think the message of grace is "out of balance" because we do not focus on sin?  But really, wasn't sin the focus of the Old Covenant?


"For the law, having a shadow of the good things to come, and not the very image of the things, can never with these same sacrifices, which they offer continually year by year, make those who approach perfect.  For then would they not have ceased to be offered? For the worshipers, once purified, would have had no more consciousness of sins.  But in those sacrifices there is a reminder of sins every year." Hebrews 10:1-3 NKJV
With the sacrifices, there was a reminder of sins every year. They could never have a conscience free from sin. Why?


Because the blood of bulls and goats could never completely remove the stain of sin!   It took the blood of Jesus to remove that stain!
"For by one offering He has perfected forever those who are being sanctified." Hebrews 10:14 NKJV
The offerings under law were so defective that they had to be repeated. The offering of Jesus Christ was so perfect, that He only needed to do it once for all!


"Even so it is that Christ, having been offered to take upon Himself and bear as a burden the sins of many once and [a]once for all, will appear a second time, not to carry any burden of sin nor to deal with sin, but to bring to full salvation those who are [eagerly, constantly, and patiently] waiting for and expecting Him." Hebrews 9:28  Amplified Bible (AMP) Copyright © 1954, 1958, 1962, 1964, 1965, 1987 by The Lockman Foundation
The blood of Jesus Christ is the only thing that cleanses us from sin, and cleanses our consciousness of sin.
The message of grace is the message of God's incredible love for humanity.
The message of grace is a message that does not dangle our sin in front of our eyes as a reminder of the bad things we have done, but it causes our eyes to be focused on the One who removed our sins as far as the east is from the west!
Email ThisBlogThis!Share to TwitterShare to FacebookShare to Pinterest