Forgive my wanderings but I was thinking about how it seems so easy for so many of us to get so caught up in all the "rules" that we miss the bigger picture of what God wants to bring to our lives.
Caught up in all the rules... you know, the "Do this! Don't do that! Can't you read the sign?" sort of things. [Good old one hit wonder from the 70's - Sign, sign, everywhere a sign... http://grooveshark.com/#!/fivemanelectricalband]  But I digress...
Sometimes it seems that sometimes we are so focused on doing, we forget to just be.  It's real easy to get caught up in the "do" because often that is where we find our fulfillment. We feel that by doing we have accomplished something, especially if we do something spiritual.
We read that Jesus, after a night of intense ministry (Mark 1:29-35) http://www.biblegateway.com/passage/?search=Mark%201:29-35&version=NKJV got up well before the daybreak and went to a solitary place and prayed. So what do we want to do? We want to get up early before the break of dawn go to a solitary place and pray. What if God is telling you to rest your body? What if He would rather have you spend time with your wife and kids that morning? Or what if He wanted you to slow down your life and do absolutely nothing for a time? Not reading, not praying, not watching T.V.,not listening to music, but doing absolutely nothing. How long could you last? Five minutes... twenty... sixty? 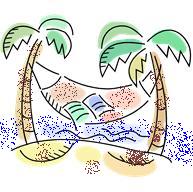 In all honesty, I'm not sure I could do it. My mind would wander, and I would begin thinking of things I need to do, or things I should do, or things I didn't do when I should, etc.
The Israelites were in the same mindset after 400 years of slavery in Egypt. They were so used to doing that they could not relate to a God who just wanted to spend a little time with them...
Get the picture. They've crossed the Red Sea on dry land, they saw God give them incredible victory over their enemies by drowning an entire army - chariots and all. They ate bread that literally dropped from Heaven. They saw Moses strike a boulder with a staff and water gushed out of it! They defeated the Amalekites as Moses' arms were being held up by Aaron and Hur... And finally after three long months in the desert, they are at Mount Sinai to meet the Lord...
But they were not ready...

Maybe it was that 400 years of obeying their Egyptian masters had diminished any ability to relate to God outside of being told what the do's and don'ts were. The stories of God's miracles had been passed down. How He had saved humanity through the Flood. They had heard the stories of Abraham, Isaac, and Jacob. They knew that God had set a people apart to Himself, and they were that people...
And yet, they simply could not understand, that He just wanted them. Not their do's. Just them.
"You have seen what I did to the Egyptians, and how I bore you on eagles’ wings and brought you to Myself." Exodus 19:4

"Now all the people witnessed the thunderings, the lightning flashes, the sound of the trumpet, and the mountain smoking; and when the people saw it, they trembled and stood afar off. Then they said to Moses, “You speak with us, and we will hear; but let not God speak with us, lest we die."  Exodus 20:18-19

Jesus' desire to show God's heart, and His love for rebellious man, allowed someone like a local prostitute to come and worship Him. Even before He ever told her she was forgiven.
As the woman wept and washed His feet with her hair, Jesus saw her heart. He knew all the junk in her life. And even though her sins were many, He loved her and forgave her. But He rebuked His judgmental religious-law-following host...

In Luke 4:8 the enemy has just tempted Jesus with all the kingdoms of the world if He would worship him. Jesus' rebuke was to quote Deuteronomy 6:13 and say, "It is written, you shall worship the LORD your God and Him only shall you serve."
http://www.biblegateway.com/passage/?search=Luke+4:8&version=NKJV

Service should never supersede worship. Following Jesus is not about the rules and regulations, it's about knowing Him and loving Him. It's never as much about doing, as it is in just being in Him.
Email ThisBlogThis!Share to TwitterShare to FacebookShare to Pinterest