First of all, I wanted to share something personally with you in this blog.  Some of you may know that my father went home to be with Jesus on December 23rd after a brief illness.

During the last two months of his life, Dad and I talked about heaven and at one point he said he felt a little guilty because he was looking forward to it.  He said, "Won't it be great!  No more pain, no more sin, no jealousy.  Just pure love from the Lord."

He was looking forward to seeing family members he hadn't seen, and especially Jesus, and was, well, sort of excited to go!  He did express that he would feel bad about leaving, but… Frankly, as much as I may have wanted him to stay, I could not blame him for wanting to leave.

Anyway, one of the things we talked about  was the grace of God and how amazing His love for us is.  And I was thinking about that today and it reminded me of an allegory I wrote a few years ago, and I wanted to share it again with you.  I hope you enjoy it… again.
An Allegory

"Welcome, Sojourner," said the shepherd. "I see you have laid your heavy burden down at the foot of the cross; How wonderful!" 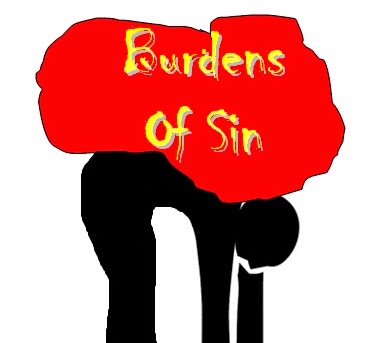 "Now that you have received the wonderful gift of salvation, let me show you how to grow.  Follow me and I will guide you through your new responsibilities."

“Responsibilities?” Sojourner wondered?  “Let me show you,” said the shepherd.  With those words, young Sojourner began a journey into a new life.

As each day progressed, he was excited to learn from the shepherd and others in the flock how he was to now live and what things he needed to do to please the Master.

There was so much to learn, so many new things he needed to accomplish!

The shepherd and the people of the flock helped him as he began to absorb all the great principles that were so new to him.  It was explained to him that the shepherd and flock discovered these ideas in a book they said contained the "Great Standards of Life."

"Oh, there is so much to comprehend,” he fretted. “How will I ever please my new Master?"

"Follow my lead," said the shepherd, I have lived by these Great Standards for many years.

"But how can I ever live up to such Great Standards."

"The Master’s grace will help you fulfill the Great Standards. You see, the reason He gives us grace so we can live up to them. No one can fully carry them out without help, so we must ask the Master for grace to help us."

"I think I understand," whispered Sojourner. "You are saying that I should ask the Master for grace to help me live up to the Great Standards of Life, and in that way I will someday earn the Master's approval."

“You are a fast learner!” said the shepherd.

As the days passed, no one worked harder in the flock than Sojourner. He performed excellently. He was there with the flock whenever the doors were opened, and he faithfully studied the parts of the Great Standard he was told about.

He faithfully accomplished everything the shepherd taught him to do to please the Master. The desire of his whole heart was to please the One who had taken his heavy burden, and the way he was taught was to obey the tenets of the Great Standards.

Yet, something was missing.

Sojourner was unfulfilled and sort of, well… disappointed.  And yet, he could not put his finger on the reason why.

Even with all the effort he was putting in he didn't feel he was doing enough.

He was reading the book every day – sometimes for hours.  He was praying and seeking and asking for help. He went for days without food just to have more time to learn about the Great Standards. And even then, something was absent in the new life he had found.

So he decided he must try harder.

He said to himself, “I will follow the Great Standards yet closer than before. I will achieve even more than the shepherd has taught me.  Then I will be satisfied, because then I will know I have pleased the Master."
So, he began to act upon his newly found fervor.

He passionately lived his life as close to the Great Standards as humanly possible. He performed even the minutest details (within reason and common sense) of the standards, and constantly prayed for more of the Master's grace to live up to even more.

“What more is there to do and to learn, when will I ever please the Master?”

He also learned about the "Rules for the Flock," which included suggestions on how the flock should live differently from the other people of the world so that other people could see that they were part of a flock, and not just wanderers in the shadows.

He out-performed all of the other members of the flock, and the shepherd began to point to him as another example for the flock to follow. He spent immeasurable hours reading the book and would always stumble upon more things to do that he hoped would please the Master.

He discovered increasingly more ways to labor, more things to do, which he was sure, would succeed in gaining the Master's favor. He spent days praying and crying out to the Master for the ability to please Him more.

Yet, deep in his heart, Sojourner was unconvinced that he was pleasing the Master.

As the weeks, and months, and years wore on, Sojourner became frustrated with his new life.

The precepts and the tenets that he rejoiced to learn at the first, now had become heavy burdens that weighed his life down. The harder he toiled, the more he seemed to leave undone.

"Is this all there is to it – a life of performance-based living and never knowing for sure if I am pleasing the Master? Even when I obey all of the rules, I never feel that I have done enough!" 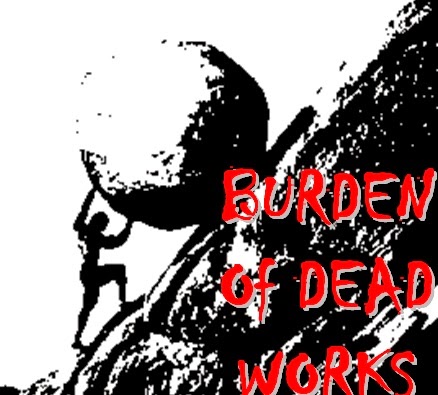 As he sought the counsel of the shepherd and the older wiser members of the flock, they all seemed to agree that there must be something wrong in the way that Sojourner was performing. They assured him that if he had been performing correctly, he could be sure that he was pleasing the Master.

They suggested to him, "You simply need to read further about the Great Standards and the Rules for the Flock. After all, they have been our guide all of these years."

"Sojourner, if you would just fast and pray more often, these thoughts would not trouble you."

He could hear the others whispering, "Perhaps there is disobedience in Sojourner's life, or worse, a transgression of the Great Standards... "

"Maybe he needs to go to the cross again and repent.”

“Maybe he just needs to re-commit.”

Yet the harder he tried to perform, the more frustrated he became.

He began to read other things in the book that suggested he didn't have to perform to gain the Master's approval, but when he brought those ideas up to the shepherd and flock, they quickly squelched them.

"Don't talk to us about sloppy agape and greasy grace!"  "Are you trying to get a license to sin!"

The only thing that was in Sojourner's heart was to somehow please his Master.


One night, after many hours of weeping in discouragement, a still, small Voice gently whispered, "Sojourner, I love you and I want to be your Friend."

"Who, who are you? Are you the taskmaster that I have worn myself out trying to please?"

"I am not a taskmaster. I Am the One who loves you. I want to live My Life through you!”

“Why are you trying to do something to please Me?  You please Me, because you are in Me. There is nothing more for you to do!  Do you not know that I did it all for you?”

“How can this be?" Sojourner questioned, "I have done everything I could think of to live my life to please You. How can I please You without executing to the letter what the Great Standards teach?"

"Sojourner," the Friend replied, "Be at peace. I love you, and I satisfied all of the Great Standards when I shed My Blood.  When I died on that cruel cross and rose from the dead, I finished all that was needed for life and godliness.  Everything our Father ever wanted in a son or daughter was found in you the moment you believed in Me.”

"I love you and you please Me by entering into My Life.  You enter into My Life by trusting Me. I desire to live and express My Life through you. I want you to realize that your New Life is hidden with Me, and there is nothing that could make me love you more, and nothing that can make me love you less. Our Father loves you like He loves Me.”
"I did not conquer your heavy burden of sin with the intention that you would pick up an even heavier burden – thinking that somehow you are pleasing Me and trying to earn something I already paid for – My yoke is easy and My burden is light!”

"Have you not yet understood that this new life is not about doing things or achieving to please Me? Because you are in Me, I am already pleased.”

"This new life is about being a new creation in Me with My life dwelling in you.  It is about relating with Me as Your Friend."

Shaken, Sojourner wept and said, "You, You want me as your friend? How can this be? I thought I was serving You all this time, and I never realized that You wanted me as a friend. I have done nothing to be worthy of Your friendship!"
"Sojourner, I have always wanted your love and friendship. I have given you My grace, not to help you fulfill the Great Standard, but rather, because you never can fulfill the Great Standard, I fulfilled it for you.

My grace is not help you live up to any of the the Great Standards, but rather, to liberate you from trying to bring about something that I have already accomplished for you.  There is not a rule or a law that you can fulfill that could earn my approval.  I love you and I approve of you!

This new life that you have sought so earnestly can only be lived through abiding in My Peace, Presence, Grace and Love."

"Be strong, establish your heart, and grow in My grace. You will find that My grace will be sufficient to sustain you throughout all of your earthly life." 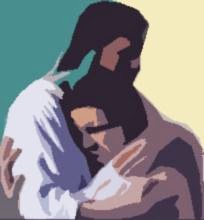 "And remember, I am with you. I will not fail you, and you cannot fail Me. I know your beginning from your ending, and I will sustain you with My Grace."

As Sojourner heard these words, a flood of tears released every fear he had ever had of not pleasing his Lord and Friend. As the tears streamed down, he was filled with a joy, a peace, and a love he had not felt since the day that he lay his burden at the cross. The freedom he sensed was overwhelming, as if a heavy load had been again lifted from his shoulders.

The new life was no longer a burden, but a joy, and he couldn't wait to share the grace he had found with other sojourners.
Email ThisBlogThis!Share to TwitterShare to FacebookShare to Pinterest