On our first mission trip, we went to Haiti for 10 days with a pastor friend, another couple, and another good friend. It was an incredible trip, and God used it to touch our hearts for the people of this world, and encouraged us toward world missions.


One Sunday night we went into part of Port au Prince called City Soleil to show the Jesus film. 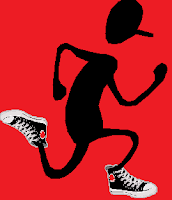 This was the first time we had seen such squalor and poverty like this up close and personal, and it was unbelievable; raw sewage running through the streets, and children running around with only one article of clothing.


The missionary told us that about 200,000 people lived in one square mile that made up City Soleil. We set up a large sheet for a screen, cranked up the generator, and started the movie, and soon we had hundreds of people watching the film.

The missionary, the pastor and I had just started to walk around the area to get an idea of how many people had shown up.

Suddenly we heard people screaming and saw them running (more like stampeding) toward us with fear on their faces!

The missionary and I jumped up on a cement pylon out of the way, and my pastor friend took off running with the crowd to get away. We found out later, that the reason the people panicked, was that in the press of the crowd, an electric wire had gotten knocked down from a house, and people thought it was live.

When I was a kid, the best tennis shoes you could have were called, “Red Ball Jets.” You could jump higher and run faster with those tennis shoes than any other shoe around. Hey, at least that is what the commercial said. I’m sure every parent in my neighborhood got sick of hearing those commercials.

Well, that night, my pastor friend must have been wearing Red Ball Jets because he outran the crowd!

What makes part of this story amusing, at least to me, is because that very morning, in a town called Leogane, my pastor friend had preached on Gideon, the man who went against the crowd! Don’t tell me you don’t get to live what you preach! J

I have been thinking about how God uses ordinary people to do extraordinary things. He did it in the bible, and one of the people that He used extraordinarily, was Gideon.

When we first meet Gideon in the book of Judges Chapter six, the Angel of the Lordhas just arrived and sat down under a terebinth (or turpentine) tree.


· Gideon is hiding (more on this in a minute) inside a winepress so the Midianites don’t see him threshing wheat.


· The Angel of the Lord speaks God’s vision to Gideon, “The Lordis with you, you mighty man of valor!”


· Gideon begins to reason in his mind and question God’s faithfulness, and spins an accusation toward God.


· God doesn’t answer the accusation at all, but gives a commission to Gideon


· Gideon starts speaking his lack, how he sees himself.


Gideon seems to have such a spirit of timidity, that he calls himself the least of the weakest clan in Israel. Then God gives him a promise that He will be with him, and he will defeat the Midianites.

Wow! Just a minute ago, he was hiding in a winepress, scared the Midianites might find out about the little bit of wheat that he had, and now he is commissioned as the chief general in the army of the Lord!

However, not only was Gideon fearful, but he was full of unbelief! How often those go together.


· Gideon then asks for a sign, goes and prepares an offering, sets it before the Angel.


· The Angel then tells him to pour broth over the offering, puts out his staff, and poof! Fire comes out of the rock, and the offering is immediately consumed.


· The Angel suddenly disappears, and then Gideon perceives that He was the Angel of the Lord.


· Then he gets really afraid because he saw the Angel of the Lordand lived to tell the story!


· Fortunately, the Lord comforts him and lets him know he won’t die.


God then tells Gideon to destroy his father’s altar to Baal (a false god that caused Israel to sin), and he does it at night with the help of some friends...
To be continued...